A Skulk of Foxes 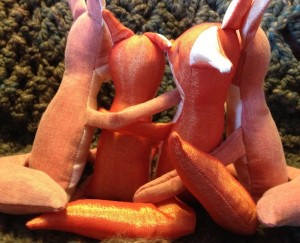 Amazing what you learn when curiosity and creativity collide, don’t you think?  That mischievous Mr. Ginger Fox seems to have found some friends.

What are they up to?

I was out walking the hound of dracula, aka ‘Zoltan’, in a beautiful winterwonderland in Wensleydale following one of our four usual jaunts up along the back of Gayle Mill, 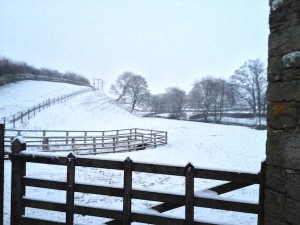 up the path to the stile 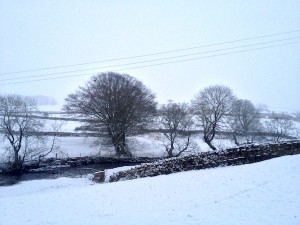 Across the fields behind Wensleydale Creamery 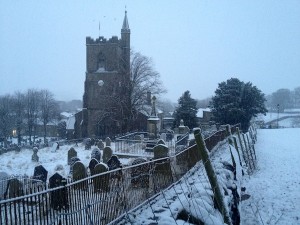 Anyway… like I said… I came home to find Mr. Ginger Fox in a huddle with some friends.  Curious. 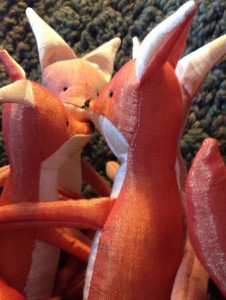 Not quite sure what they were talking about but as soon as they saw me snapping photos they looked up, paused their chatter and then returned to whispering. 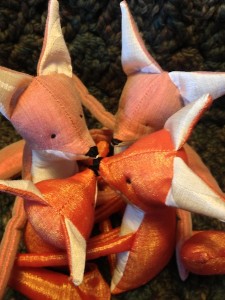 Sneaky peaks up at me and the hound

Soon enough the skulk smiled to each other and unhuddled themselves, shuffling into a comfortable line and said “Good Morning!” 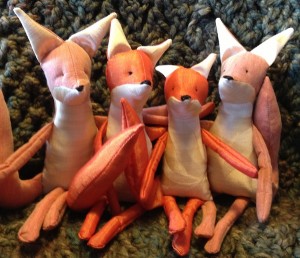 “Good Morning To You Too”, I said wondering what they were up to.  Take a look… what do you think? 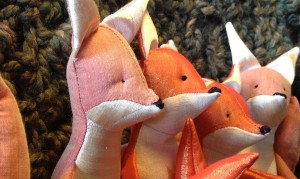 A skulk of mysterious foxes…. what are they up to?

Now, I’m not sure about you, but I still think that Mr. Ginger Fox and the rest of his skulk have a wiley plan up their sleeves.  Hmmmm – to me they look a little too bright eyed and bushy tailed for my liking and they certainly have a twinkle in their eyes and smirk on their faces.  What do you think?  Innocent-looking?  I don’t think so!